Over 60% of American domestic oil and natural gas corporations and sites employ the hydraulic fracturing procedure to extract resources. Hydraulic fracturing aka fracking refers to a suite of practices, although known since the 1940s, has become prevalent in recent times due to exhaustion of conventional oil and gas pockets and due to the increase in demand for the same.

One energy gazette even refers to hydraulic fracturing as the lightning rod for public and environmental concerns. This is due to the high consumption of fresh water and additive fluids which in the fracking practice causes contamination of groundwater reservoirs. However, shale gas reservoirs respond very well to fracking procedures and have proven to be a successful play in the energy business.

The introduction, development and perfecting the procedure of the fracking model has positioned shale formations as one of the most important sources of natural gas. Since the percentage of natural gas produced by fracking is by no means small it cannot be substituted by other conventional processes without shocking energy prices and causing a reliance on the import of natural gas during peak demand.

The environmental impact of hydraulic fracturing

Therefore, it is in the best interest that the environmental and public health lobby practices that involve low proppant or proppant free additives procedures are used. This is known as water fracking and is known to be successful in stimulating low-permeability reservoirs. Another practice that oil and natural gas corporations use is a manmade synthetic polymer, but a low concentration of natural guar polymer is sometimes used as a substitute for friction reducer, clay stabilizers, and surfactants, as necessary. Analysis of the fluid returned to the surface (flow back fluid) after hydraulic fracturing indicates that as little as 30 to 45% of the guar-based polymer pumped during the treatment returned from the well during the flowback period. Polymer residues that remain in the fracture significantly contribute to a lowered proppant-pack permeability leading to a loss in fracture treatment effectiveness.

The tradeoff in water-fracturing treatments include low conductivity and poor proppant transport. In low-permeability formations, low fracture conductivity is not a major limitation to production, provided the conductivity is not too low. The poor proppant transport is caused by the low viscosities of the water-fracturing fluids and results in rapid settling of the proppant particles. This inability to carry proppant a significant distance away from the wellbore can severely limit the effective fracture length.

While the hydraulic fracturing revolution has increased water use and wastewater production in the United States, its water use and produced water intensity is lower than other energy extraction methods and represents only a fraction of total industrial water use nationwide.

Waters produced from fracturing operations by the oil and natural gas corporations are a complex mixture of fracturing fluids and formation water. Closing the water cycle loop in this industry depends on the effective reuse of these waste waters, and therefore treatment. Treatment goals were operationally defined targeting 90% reduction of turbidity, PEGs, and TPH. PAC was found to be effective at removing both PEGs and TPH from the waste waters but would not settle without the addition of a coagulant.

Despite the numerous criticisms that oil and natural gas corporations face, what the industry needs is a total overhaul of its top-down processes and stricter environmental regulations concerned with pollutants and not the total rollback of the industry itself. To the activist reading this it must be noted that fracking is performed by large publicly listed companies that have long permit processes that mention their fracking sites and activities in their annual reports at least 2 years prior, therefore picketing the sites after the rig is deployed is counterproductive to the said activist motive. 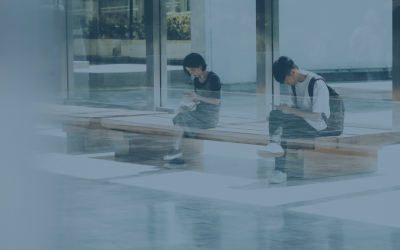